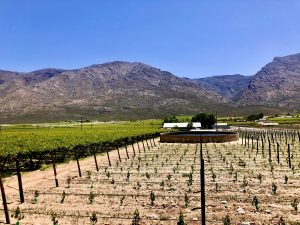 During the winter of 2019, Modderdrift bought an additional production unit in the Hex River Valley. Until recently this farm was called Riverside but as it is in fact a portion of the larger original De la Haye Farm in the Orchard area, we have renamed it back to the original De la Haye. This property is 42ha in size and borders directly on Modderdrift Farm at Orchard. We have been working hard at developing the farm during the past few months and today the recently planted young vines are already thriving.